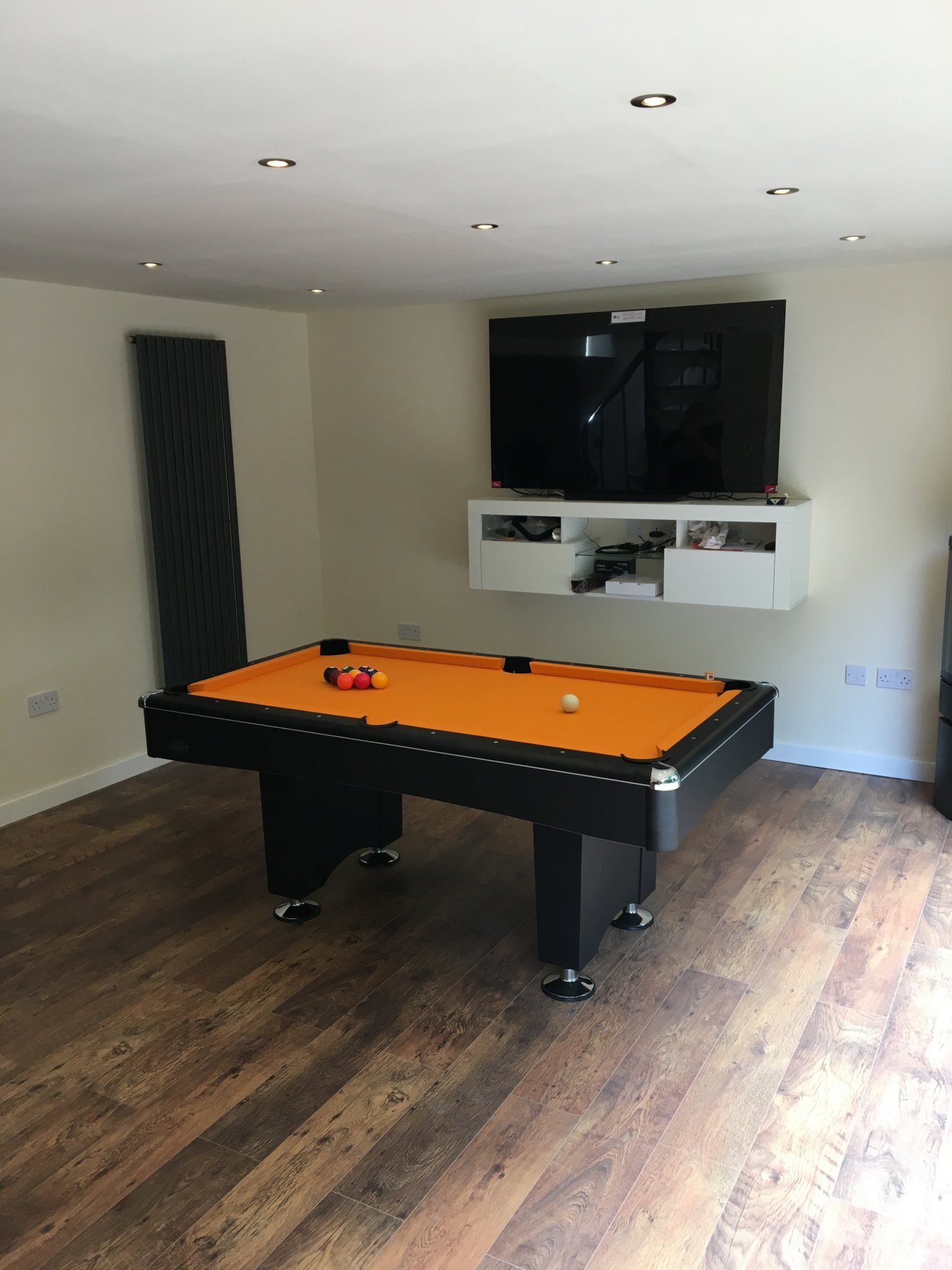 Fylde Damp Proofing
Check out our Conversion of a Basement into a new, open-plan games room/lounge/bar area incorporating a fully functional guest bathroom.

The existing basement at this property was partially earth retaining and quite small. The client wanted it to be habitable, with more space. The client had some ideas on how to achieve this but was very open-minded and some excellent discussions were had prior to any works commencing.

We came up with a plan that all parties agreed with and instructed an architect to draw up plans to demolish an existing greenhouse and extend the basement out to the edge of the existing, raised patio.

The rear of the property is set much lower than the front, meaning access for delivery of materials and equipment was tricky and threw multiple challenges towards us along the way. We estimate that approx. 10 tonnes of earth was removed and taken to the front of the property for collection.

We lowered the ground level to match that of the rear garden. This meant the property had to be underpinned as per a structural engineers plans to maintain structural integrity.

We lowered the ground level to match that of the rear garden. This meant the property had to be underpinned as per a structural engineers plans to maintain structural integrity.

Once we had reached the required depth, most mornings the work area was full of water and required pumping out prior to the days work commencing.

We installed a brand new concrete slab to the base, incorporating the necessary membrane, rebar and insulation. We constructed a full extension to the rear of the basement. All structural steels were calculated by a structural engineer and signed off by local building control.  The extension opened out in to the garden via bi-fold doors. Once the extension was built, the client requested that the roof became a terrace, and asked if we could install more bi-fold doors from the roof, in to the original kitchen. This epitomised the relationship between us and the client and how the project evolved and changed throughout. The terrace was then guarded by chrome and glass balustrade.

We used a Type C tanking system, also known as a cavity drainage membrane system (CDM). With drainage channels installed to the base of the walls. This system is a water management system, in that it will allow water to access the basement and then manage it back to outside. The drainage exited the building in two locations in to newly installed land drains which ran to an existing waterway at the rear of the garden. Prior to any wall or floor finishes being installed, we carried out a flood test to the drainage system. The system failed the first test which meant we had to quickly inspect and identify why it had failed. We discovered that one of the chambers housing a length of drainage channel was a little too deep, meaning the water was gathering here instead of draining to outside. This wouldn't pose much threat long term as eventually any excess would have made it to the drainage system, however, we felt a pool of water anywhere would not be acceptable with a potential risk of a stagnant smell occurring. The issue was rectified and the system passed the second flood test.

The make up of the walls was timber stud work fitted to the membrane plugs so as not to compromise the integrity of the CDM. All walls were fully insulated and then lined with a 22mm ply sheeting. This meant that moving forward, the client can get good, secure fixings wherever they required, again, without risking the integrity of the membrane system. Plasterboards and a skim finish were then applied to the walls and ceilings.

All finishes, including paint colours, flooring and the like were chosen by the client.

On completion, the client was left with a new, open plan game room/lounge/bar area incorporating a fully functional guest bathroom, the toilet and shower had to be a sani-flow system.

The roof terrace was accessed through newly installed bi-fold doors from the original kitchen. The bi-fold doors to the extension makes the area a great space to enjoy the warmer weather and to entertain guests. 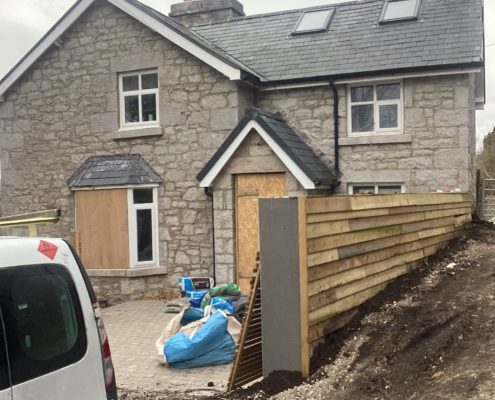 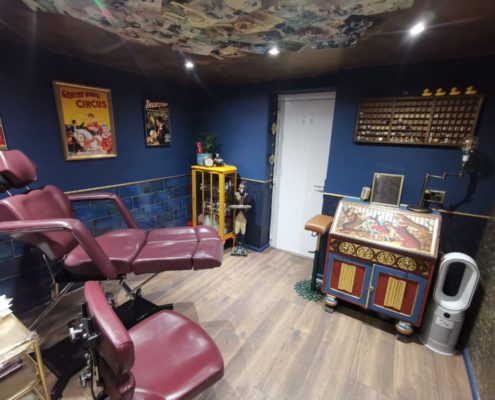